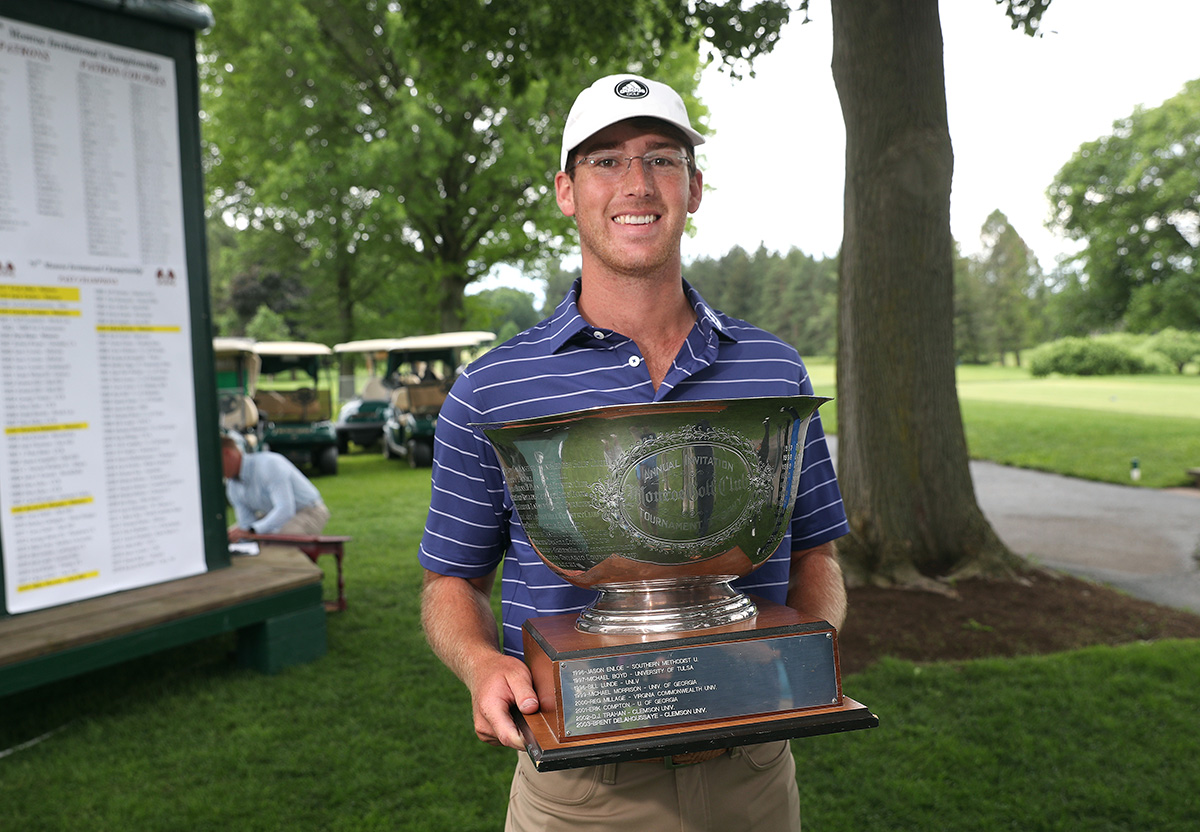 For Ogletree, the fourth try proved to be extra sweet after previously delivering strong performances in his other attempts at the MIC and coming up short.  The Little Rock, Mississippi native remarked that the success he had in past years kept him coming back, in addition to the relationships he built at the tournament.  One such relationship belongs with MIC Tournament Director J.P. Kircher. Said Ogletree, “The last two years I came within two strokes of winning so I told J.P. last year, I think I’m going to come back one more time – I’ve got to get this thing.  I was thinking about that a lot today – it is really neat to finally do it.”

It was not until the par-5 12th that Ogletree faced some adversity.  A lead that was at one point as large as five strokes dwindled to just one following a double bogey on the 12th and a bogey on the par-3 13th to drop to -1.  Chatfield, who was in the second-to-last group, was even par until a bogey on the par-4 14th put him back in green and two shots back.

Chatfield was unable to keep the pressure on Olgetree, dropping his second consecutive stroke on the par-4 15th which allowed Ogletree to breathe a bit easier after carding a par of his own on the 14th.  A birdie on the par-4 15th provided some cushion for the Georgia Tech senior to finish the round.

Said Ogletree, “Obviously I felt a little nervous when I went from four ahead to one ahead after 12 and 13, but I just needed something to get me going again and after 15 I felt fine.”

The second-place finish for Chatfield was noteworthy considering he did not participate in the spring at Notre Dame due to academic reasons. “I’m really happy with how it went overall,” said Chatfield following the round.  “This was one of my big tournaments coming back, so finishing second this this week is a big momentum boost going into the summer.”

Fellow second place finisher, Oliva Pinto, saw a strong performance hampered by the front 9 all week.  He played the front +11 compared to -10 for the back nine. When asked what was the cause for the disparity between the front and back scores, Segundo remarked, “I guess the back just suited me better.”  “I was able to be more patient and to leave myself the shots that I like. I failed to do that on the front.”

During the championship ceremony, all the low-round golfers were recognized.  Oliva Pinto the lowest round of the tournament in round 1 with a 64. Texas sophomore Parker Coody launched a 65 in round two.  The eventual champion, Ogletree, delivered the lone round under par (69) in the most challenging conditions on Friday. Florida State’s Jake Carter was the low round on day 4 with a 66.

2020 will mark the 80th Monroe Invitational.