Ogletree Leads Monroe Invitational With Lone Third Round in the Red 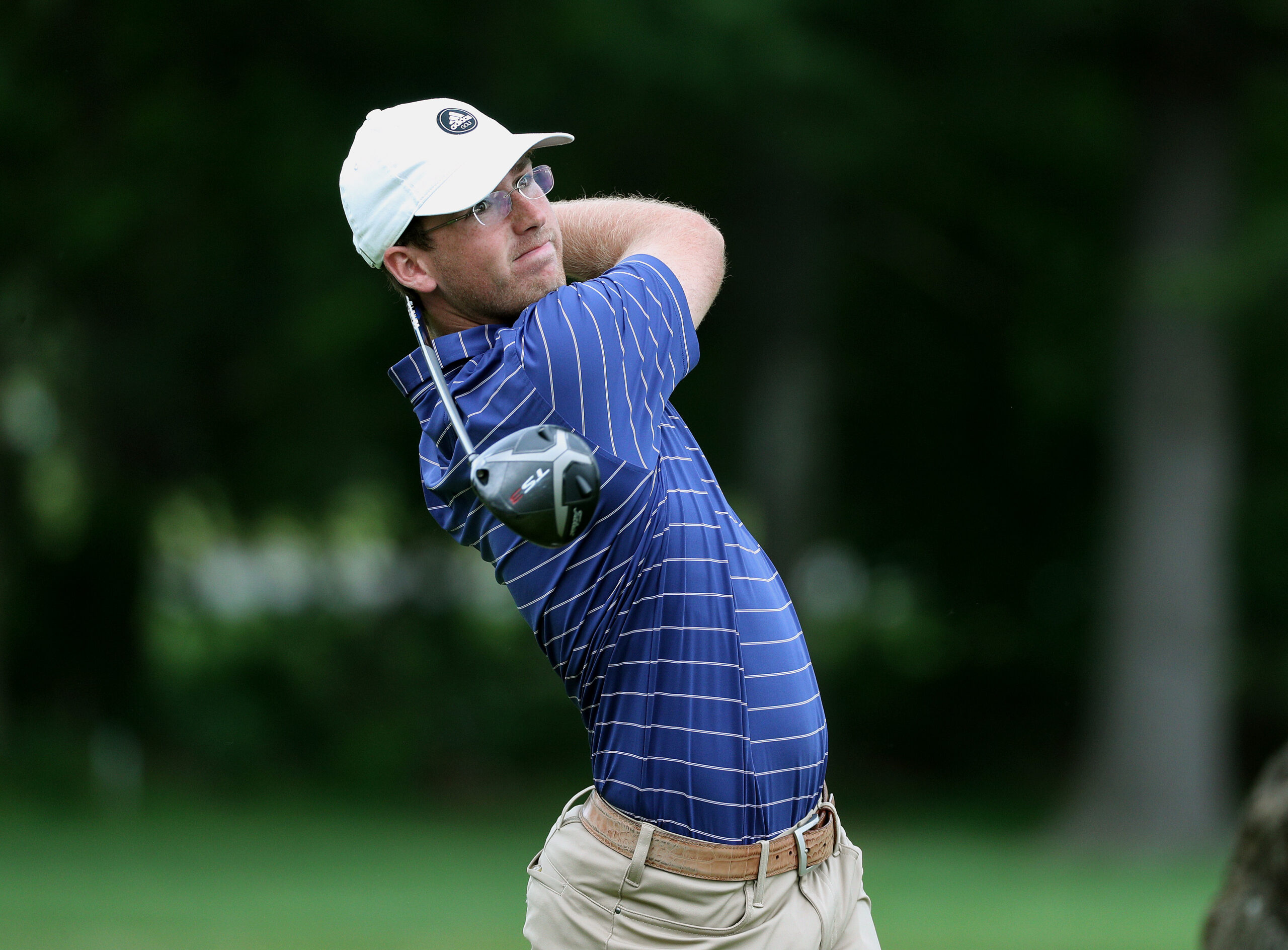 PITTSFORD, NY (June 14, 2019) – Georgia Tech senior Andy Ogeltree drained a 20-foot, right-to-left breaking putt on the 18th hole Friday at the Monroe Invitational to secure the lone round under par for the day and the outright 54-hole lead.  It was a remarkable performance considering the downright brutal wind conditions on the course throughout the day.

First-round leader Segundo Oliva Pinto (UNC Wilmington) went off the front in 40, battling his way to a 5-over 75.  He is solo second at +1 for the tournament.

Miami (OH.) junior Charlie Nikitas remained atop the leaderboard with a 74 to put him at +2 overall.

Texas sophomore Parker Coody was steady throughout the day before a triple bogey on the 18th due to a four-putt put a damper on his round of 75.  Said Coody, “It was a grind all day.” “The wind was brutal and balls were wobbling on the greens. I tried to keep my shots in the fairway and keep the ball below the hole – those were things I focused on and things I did well until the 18th.”

Coody is in a tie for fourth place at +3 with Notre Dame junior Davis Chatfield who fired a 72.

According to the national weather service, winds in Rochester were WNW at 23 MPH, with gusts of 35 MPH at the noon hour.

Frustrations for the playing field were visibly noticeable throughout the round in addition to the pins flapping in the winds and balls coming to rest much slower than expected.

Monroe Invitational Tournament Director J.P. Kircher acknowledged the difficulty of the playing conditions following Friday’s round. “I have never seen the wind blow that much on a golf course here in Rochester and I’ve been playing here my whole life,” said Kircher. “It was tough on the old, fast Donald Ross greens.”

Third round leader Ogletree overcame some of that adversity and found birdies on the course when not many were out there on Friday. Said Ogletree, “The wind was blowing so hard.” “You had to take conservative lines and just take what the course gave you because it was really challenging.”

Arguably the most crucial birdie for Ogletree came on the 18th after he had a pair of bogies on the par-4 15th and 17th holes.  “To close out with a birdie was huge and gives me momentum for tomorrow.”

The Little Rock, Mississippi native will try to win the Monroe Invitational for the first time in four tries, something he has come close to doing after tying for third a season ago and turning in a seventh-place finish in 2017.  Said a determined Ogletree, “I really enjoy playing this tournament.” “The reason I came back was to win this thing.”

One of the major threats to delivering Ogletree the title will be Oliva Pinto who was able to remain in the hunt despite a tough day on the greens. “I’m feeling good,” said Oliva Pinto.  “There are a few minor details I want to work on and if I can improve on that, I think I can give it a shot tomorrow.”