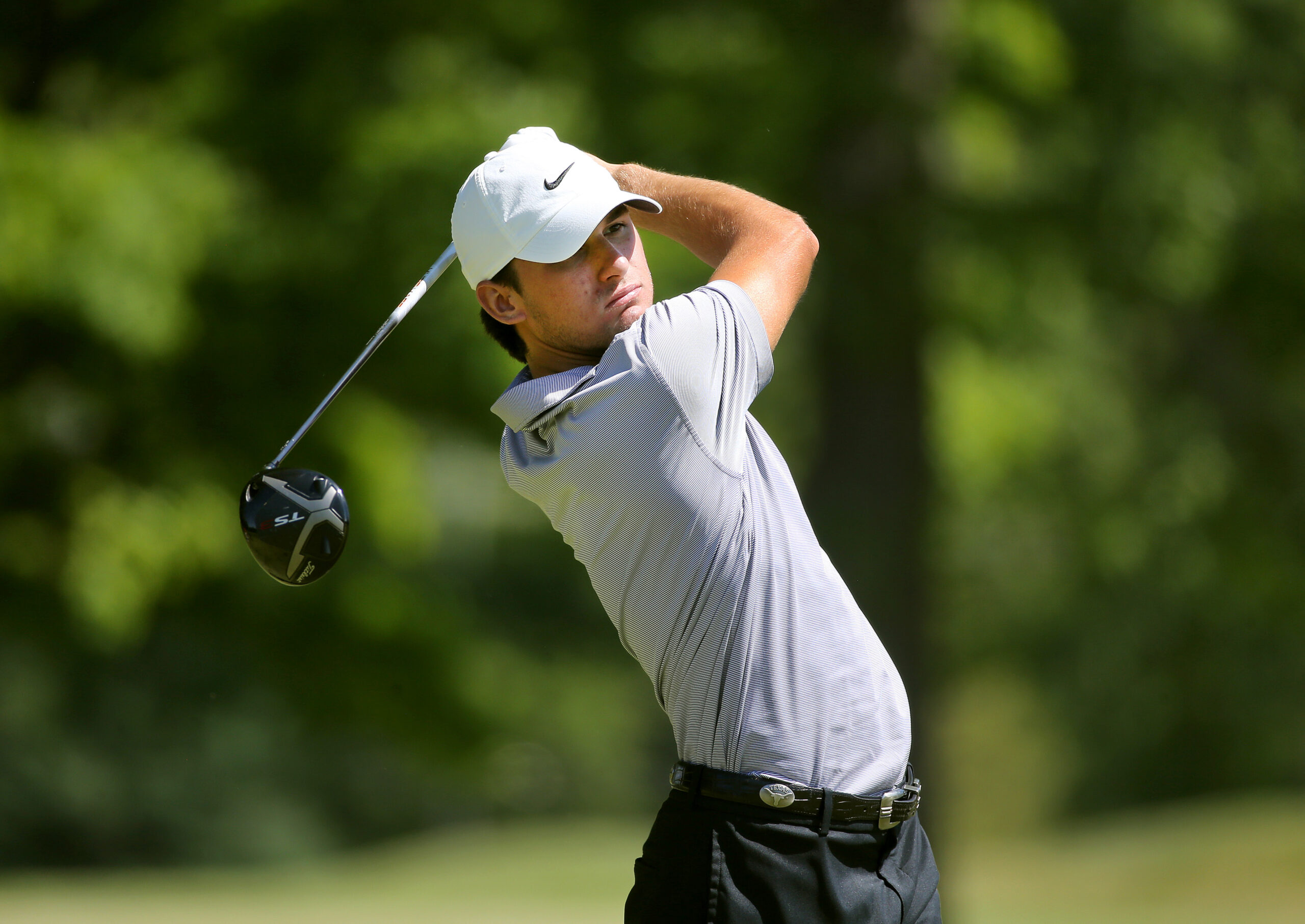 PITTSFORD, NY (June 13, 2019) – Wind and rain throughout second-round action of the Monroe Invitational was a test for the majority of the field on Thursday – but that didn’t seem to bother Texas University sophomore Parker Coody who shot the low round of the day with a 65 (-5).  He moved into a tie for second place at -2 with Charlie Nikitas, a junior at Miami (OH.), who launched a 68 on the par-70 Donald Ross course.

First-round leader Segundo Oliva Pinto (UNC Wilmington) overcame dropping four shots on the opening nine to finish the day with a 2-over 72, good enough to remain at the top of the leaderboard at -4.

Only four players remain under par for the tournament. Vanderbilt sophomore Reid Davenport followed up a first-round score of 68 with a 71 on Thursday. He sits alone in fourth place at -1.

After a first round of 73, Coody realized he had to temper his high expectations. “A few days before the tournament I made a ton of birdies out here so I knew I could go low, but that led me to force a lot of things yesterday,” said Coody after the round. “Going into today I knew the weather was going to be bad so I just told myself to hit the fat side of the greens and make a few putts.”

Coody, the grandson of 1971 Masters Champion Charles Coody, recently completed his freshman year at the University of Texas where he tied for 15th at the NCAA Division I Championships and helped the Longhorns to a runner-up finish.

Oliva Pinto, once again was able to find a groove on the back 9 of the course after carding four bogeys on the front.  Just as he did on Wednesday, the Argentina native birdied the par-4 11th and par-5 12th.  He proceeded to finish the round with six pars to maintain control of the lead.  When asked about his success thus far on the back 9, he said, “On the back I am leaving myself with shots I like the most – shorter shots with my wedges which have been good all week.”

Canadian Johnny Travale, a sophomore transfer to UCF, took advantage of his early start time to shoot a 68 and is now in a tie for fifth place at even par.  Travale holed out from 135 yards on the par-4 4th to make a mark on his scorecard early.  “I knew that if I held up my game the way that I was playing it was going to move me way up the leaderboard because it was starting to get tough out there,” said Travale.

Travale credits his early success this year to training with the junior Canadian national team and a positive start to his college career at Kent State.

NHL referee, Garret Rank, who has participated in multiple Monroe Invitationals is in a tie for fifth place at even par after a round of 68.