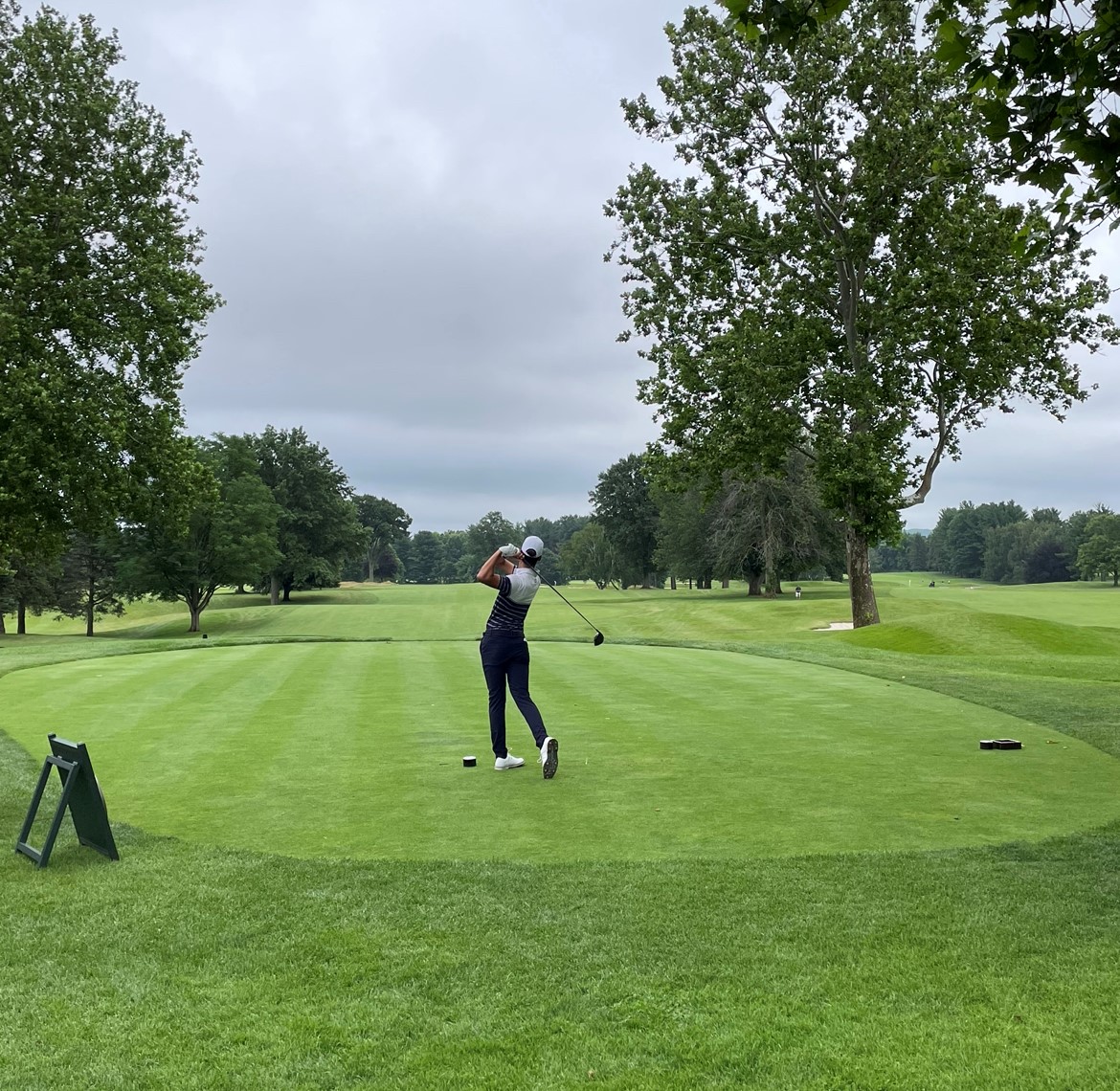 PITTSFORD, NY (July 9, 2021) – C.J. Easley fired a third round 67 to take a three shot lead heading to the final round of the 80th Monroe Invitational.  Easley will be a junior at Auburn in the fall. “It was good from start to finish. I birdied my first hole and birdied my last hole. It was a pretty consistent day,” said the 21-year-old from Oxford, Mississippi. He finished with five birdies and two bogies to move him to eight under par, 202 for the tournament.  When asked if he was a good closer Easley said, “I believe I am. I’m really confident in my game right now.”

Ethan Ng of Stanford and Golf Australia’s Andre Lautee are tied for second at five under par, 205.

Ng a rising senior at Stanford, had a five under par 65 on Friday. Ng was a member of Stanford’s 2019 NCAA team championship but being in position to win The Monroe would be special for him, “It would mean everything.  This would be the biggest win of my career,” Ng said.  “This is my first time playing in the event and I’m just honored to be here,” added the 21-year-old New York City resident.

John DuBois of Florida is next at three under par.

Second round leader Jared Nelson is in a group of players at minus two.

The weather threatened but for the most part there were only a few raindrops and there were no delays for the first time this week.

Easley played at Monroe when he was in high school in 2018 but hadn’t been back since.  “I heard this was a really great tournament from Andy Ogletree (2019 Monroe Champion) because we played together in junior golf in Mississippi,” said the leader.

The tee on the par four seventh hole was moved to a forward location on Friday.  The hole played to 291 yards and several players hit the green on their tee shot.  On the day there were three eagles, two by players from Stanford, Ethan Ng and Nate Menon and Ben Smith of Georgia Tech. Ng hit three wood left of the green, then holed out with a wedge “hit this high flop to land soft and it worked out perfectly,” he said.  Menon and Smith both made short putts for their eagles. There were also 41 birdies on the hole.  The seventh was ranked as the second easiest hole on Friday, number 12 was the easiest.

The Final Round is set for Saturday with tee times beginning at 7:00AM  with the leaders going off around 8:30AM.

The 80th Monroe Invitational Champion will be crowned tomorrow afternoon and we hope you will join us for the exciting Final Round!