Crowded Top of Leaderboard After Round One at Monroe 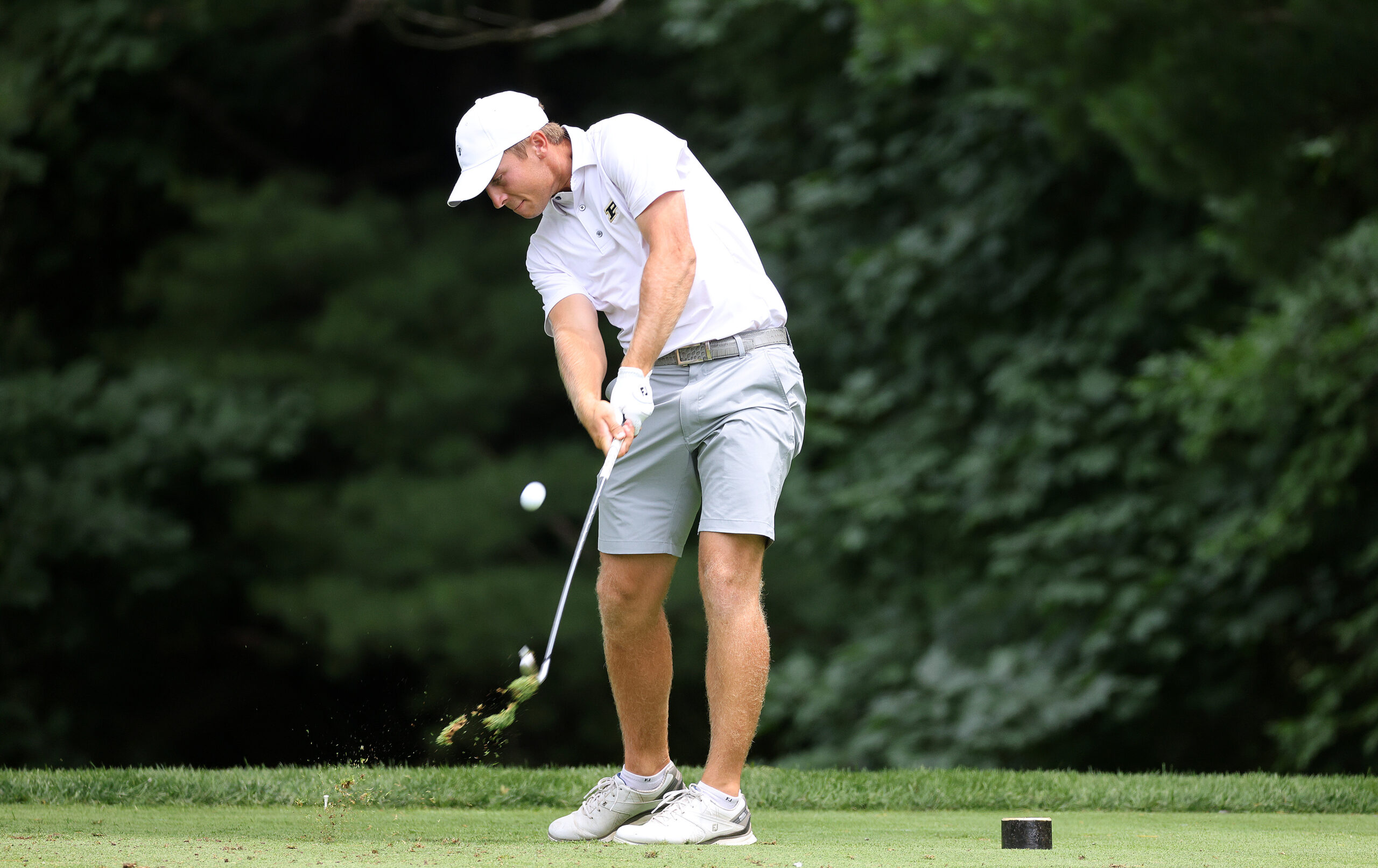 PITTSFORD, NY (July 7, 2021) – Following a slight weather delay to begin the day, round 1 of the 80th installment of the Monroe Invitational wrapped up Wednesday evening with four players sitting in a tie for the lead after shooting 3-under 67. Joe Weiler (Purdue), Jack Randle (Sam Houston State), Christo Lamprecht (Georgia Tech), and Louis Dobbelaar (Team Australia) are among the leaders, while Drew Salyers (Indiana University) and Mid-Am Matt Parziale (Brockton, MA) are in a tie for fifth place at 2-under. In all, 95 players took to the par-70 Donald Ross course on Wednesday, with ten players finishing under par.

“I love this course,” said Weiler, who is making his third appearance at The Monroe after playing in both 2018 and 2019. “I told my coach when I first came here (in 2018), this course is built for me, I love this place.”

Weiler began the day with five pars before suffering one of his two bogeys on the day at the par-3 6th. He rebounded with three-straight birdies to close out the front nine and added an eagle on the par-5 12th.

“This time playing (at The Monroe) is completely different than my first two times – it’s not wet, but it’s really soft. I think the scores are going to be way lower than year’s past just based on the nature of how it’s playing with how much rain the course has gotten,” said Weiler.

The shot of the day came from Charlie Nikitas of Miami University (OH) who holed out from 202 yards on the par-5 12th for an albatross. “It was 192 to cover over the lip of the bunker and honestly I was just trying to, if anything, dump it in the bunker,” said Nikitas. “I couldn’t see anything but I hit it right where I was looking and just as high as I could hit a 6-iron.” Nikitas said he was cleaning his club when he saw the group ahead of him throw up their arms and begin clapping to let him know his shot went in. The Glenview, Ill. native finished the day with an even par 70, which is currently a tie for 11th place.

After two bogies in the first five holes, co-leader Jack Randle was able to get things going with birdies on seven and nine. “These greens are pure,” said Randle. “If you just keep hitting fairways and giving yourself opportunities for birdie putts, they will fall and they eventually did.”

Lamprecht of George Tech had just one bogey on his scorecard to go along with two birdies on both the front and back nine. The Australian phenom Dobbelaar overcame shooting 1-over on the front nine to deliver four birdies on the back nine and join the leaders.

Player tee times will flip-flop for round 2 on Thursday with the morning groupings going off in the afternoon and vice versa. The first tee time is at 7 a.m. All who would like to attend can do so at no charge!

To follow Round 2 action live, head on over to our Leaderboard page for updated scoring throughout the round!