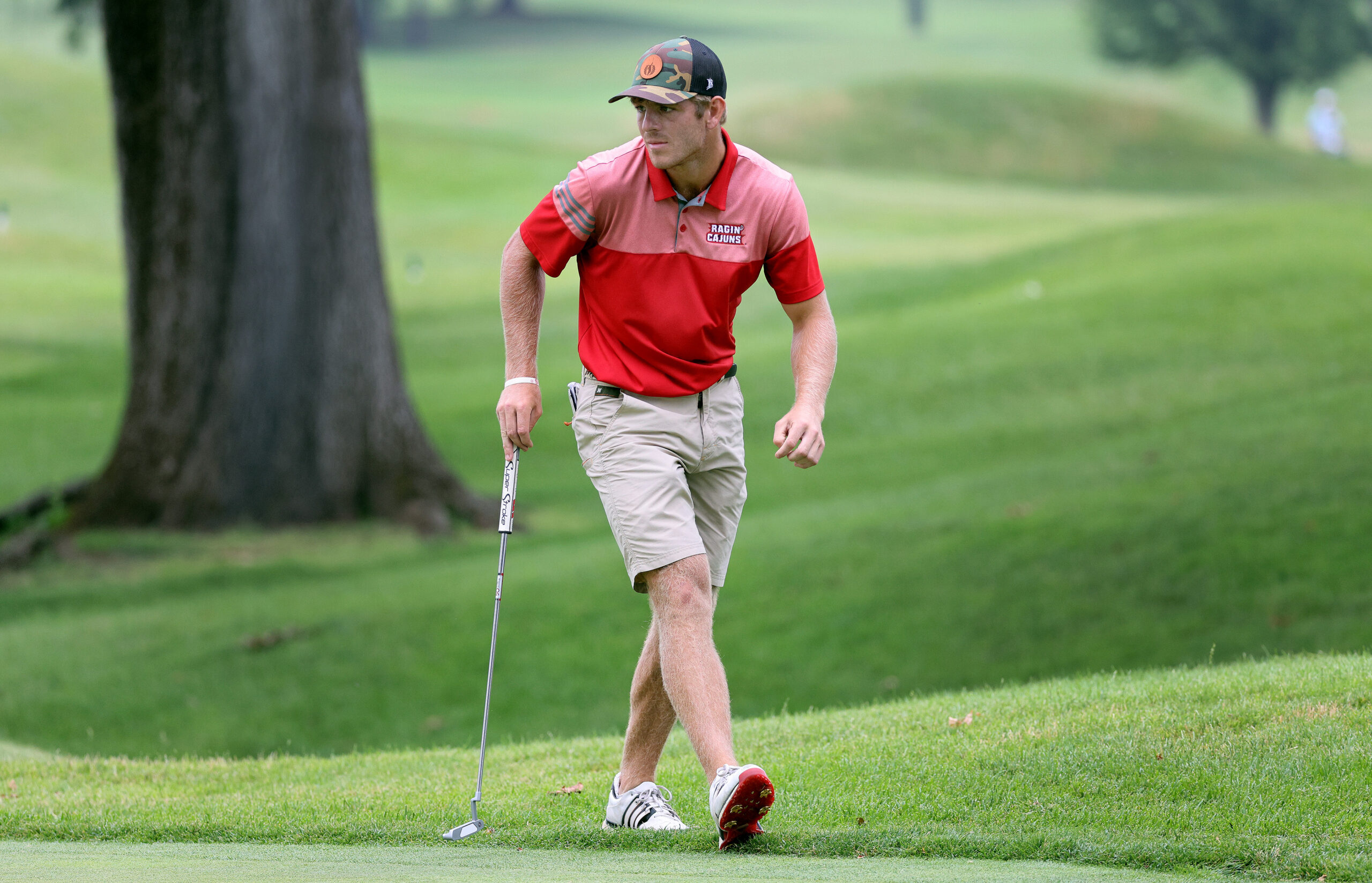 PITTSFORD, NY (July 8, 2021) – Jared Nelson (Connecticut) drilled a 10-foot putt on the 18th green to claim sole possession of first place after the second round of the Monroe Invitational on Thursday. He shot a 5-under 65 and is 6-under for the tournament. C.J. Easley (Auburn) went bogey-free on the day for a 4-under 66 to move him to 5-under overall, good for second place. Other players in contention include Andre Lautee (Golf Australia) at -4 and Peter Hinnant -3 (Louisiana Lafayette) who sit in third and fourth place, respectively. A rain/thunder delay caused several of the last groups to have to halt play before each player was able to complete their respective rounds.

It was a relatively smooth day for Nelson on the course with just one bogey on the 13th. The Rutland, VT native has found better luck on the front nine than the back during the first two days. “I was 2-under on the front yesterday and 4-under today so I’ve played the front pretty well and I’m just kind of hanging in on the back – I’m just not reading the putts right,” said Nelson.

Easley was a model of consistency on the course on Thursday beginning the day with 11 pars before securing his first birdie on the par-5 12th. “I hit the ball really solid all day and I was hitting it close, I just wasn’t making putts,” said Easley after the round. “I knew if I stuck to my game plan and stayed patient that the putts would eventually fall and they did the last eight holes.” He ended the day with four birdies on the back nine and was the leader in the clubhouse for some time before Nelson bettered him with a round of 65.

The low round of the day belonged to Hinnant who shot a 6-under 64, a huge jump from his first round score of 73. After struggling with the putter on Wednesday, Hinnant said he spent some extra time that night on the putting green which seemed to pay off, translating to six birdies and 12 pars. The North Carolina native, who attends Louisiana Lafayette, says he feels at home at Monroe. “I grew up in North Carolina so this course is much more similar to what I grew up playing on,” he said. “I haven’t played these types of courses in awhile since I’ve been going to school in Louisiana.”

Brendan McDougal of Team Canada tore up the back nine with a 29, behind back-to-back Eagles on Hole’s 11 & 12 and three Birdies. He shot a 67 and is 1-under for the tournament. McDougal, along with 10 other players are currently at 1-under par for the tournament, including co-first round leaders, Joe Weiler (Purdue), Christo Lamprecht (Georgia Tech) and Louis Dobbelaar (Team Australia). Matt Parziale (Brockton, MA) is currently the top Mid-Am at 1-under with local stick Kyle Downey (Fairport, NY) nipping at his heals after a 3-under 67 in Round Two.

Round Three will begin at 7 a.m. tomorrow.