Forrester Surges To Lead After Round Three at The Monroe 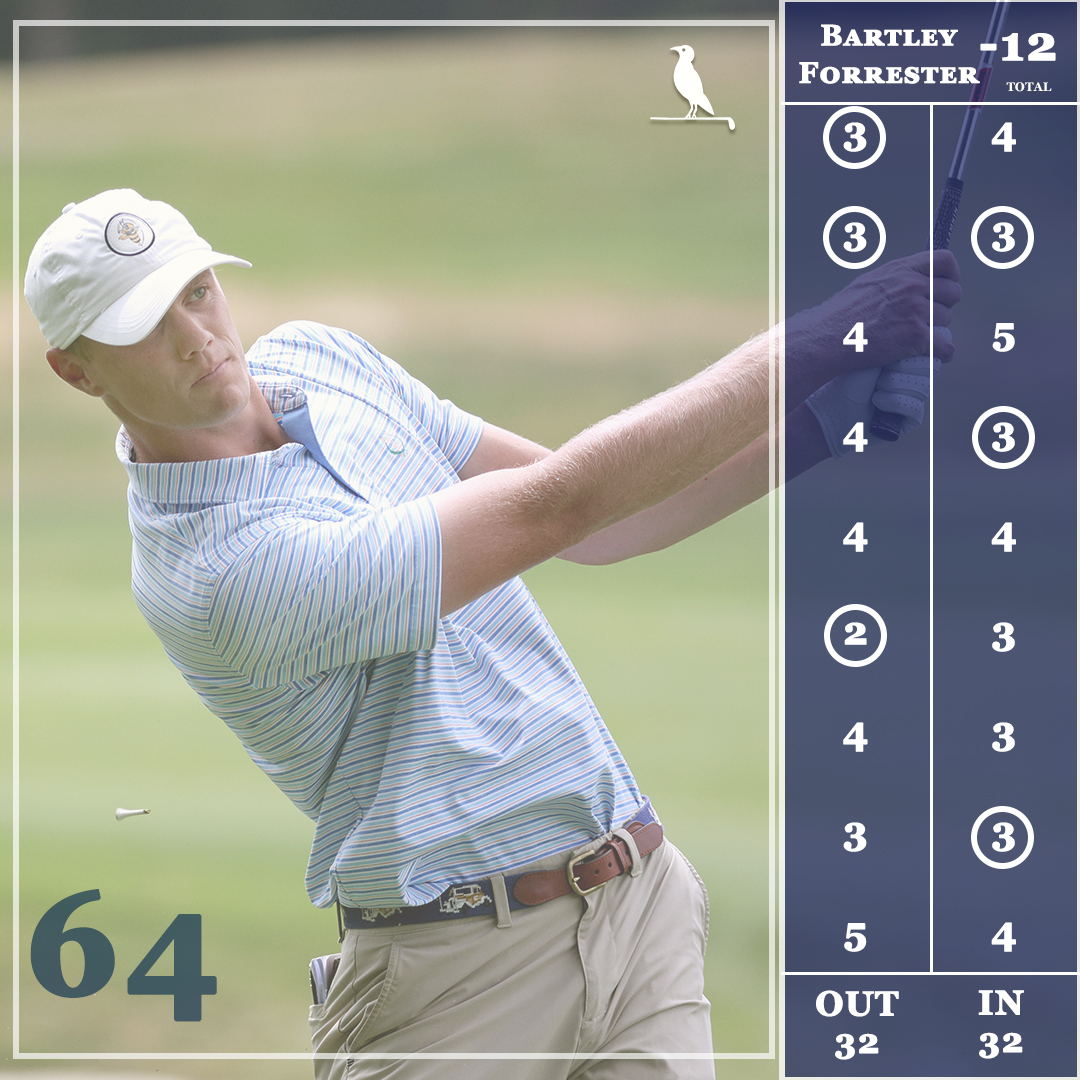 PITTSFORD, NY – (July 8, 2022) – Bartley Forrester (Georgia Tech) used moving day to distance himself from the rest of the field on Friday, shooting a six under par 64 to open a six shot lead heading to the final round of the 81st Monroe Invitational. The 113th-ranked player according to World Amateur Golf Rankings (WAGR) is six shots ahead of second place Jackson Chandler. The cut was +3 with 48 players making it to the final round on Saturday.

“I was really solid tee to green,” said Forrester, “I missed only two fairways all day and to shoot six under and not birdie either of the par fives is pretty good out here.  I’m really, really pleased. I’ve just been really steady off the tee and the wedges have been really good. So I’ve been able to really attack the pins.”

Round 3 Photos l Round 3 Scores

Forrester also played at the Monroe Invitational in 2021, finishing 20th. He’s hoping for a victory Saturday, “I’m going to stick to the same game plan, I feel good about going into tomorrow,” he said.

Chandler, a senior at Ohio State, is alone in second at six under par after firing a four under 66 on Friday.  “It was good, I hit it a lot better, the putts just kept falling and the difference was I hit a lot of fairways. All in all it was pretty solid,” said Chandler. “It’s going to take a low one, but I’m prepared to go out there and put up a good number tomorrow.” 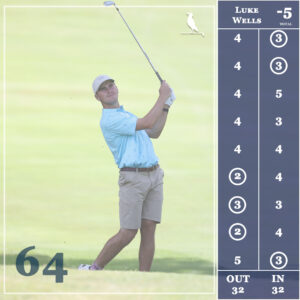 Luke Wells of Rutgers is five under par and tied for third after also shooting a six under 64 which equalled  the low round of the day. Wells had six birdies including a stretch of five birdies in six holes (6,7,8, 10 and 11).  Luke hasn’t won a tournament since his junior golf days, “It would mean a lot (to win tomorrow), I just finished third three weeks ago and had three top fives last summer, I just want to play one week where no one beats me, that would be a lot of fun,” said Wells. 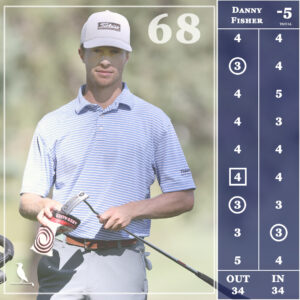 Danny Fisher of Miami of Ohio is also at five under after a third round 68.

Georgia Tech’s Connor Howe also shot a 6-under 64 to move to even par for the tournament. After back-to-back days shooting 3-over, Howe found his groove with eight birdies, including six on the back nine. The 66th-ranked player according to World Amateur Golf Rankings (WAGR) is making his fourth appearance at the Monroe Invitational after finishing seventh a year ago. “I just think that it is such a great event,” said Howe after the round. “Mr Merlin (Joe Merlin; Head Golf Professional) and Mr. Grower (Mason Grower; Tournament Director) have done such a good job with it. It is a great atmosphere and I love the course. The host family I stay with is great — it is the third time I have stayed with them. There are a lot of reasons why I come back, but I just think overall it’s a great tournament.”

The final round of the 81st Monroe Invitational begins at 7:15 a.m. on Saturday. Admission is free and open to the public.